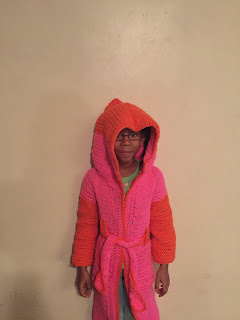 Row 9: Ch 2 turn, HDC in each st to underarm, put 4HDC in each of 2 underarm sts, HDC across, repeat for second underarm, HDC to end. Join.

Row 1: Attach your yarn any where along armhole and HDC around evenly, continue around until you make it the length you need it to be, finish off.

Row 1: Attach your yarn on any corner of neck and HDC to end until to have hood up above head, then you want to slst hood together in side out. When done pull hood right side in.
Loop- Make 2

Row 1: Ch 6, HDC until you get it the length you need it, finish off put through loops.

at January 29, 2016
Email ThisBlogThis!Share to TwitterShare to FacebookShare to Pinterest 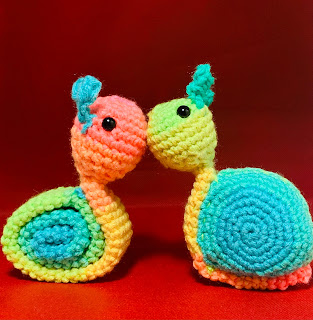